Not many to name, but most of the Villas plots are upcoming or recently launched in 2021. Get to Know more about the forthcoming properties in Bangalore.

With the availability of a large mass of land bank and proximity to IT clusters, plots are in high demand on Sarjapur road. Bangalore started feeling the space crunch after much industrial development in 2000. People began finding a place to stay in nearby areas. Bangalore, known for preference of plotted estates, Sarjapur became a locality with not much option in the city. Prestige ventured into plotted development with its fastest-selling product Prestige Park Drive in 2021. Hence the new township is master-planned to house plots of varying dimension. With the launch of The Prestige City plots in Sarjapur Road, the group announces its second plotted development in Bangalore.

Prestige City Plots will consist of 30X40 and 40X60. For more updates, one has to wait till the project is launched by the end of the second quarter in 2021. Park Drive with an expanse of 28 acres comprising 468 plots. As part of the phase 1 development, 215 units are ready to buy, and the second phase is completed by October 2021. 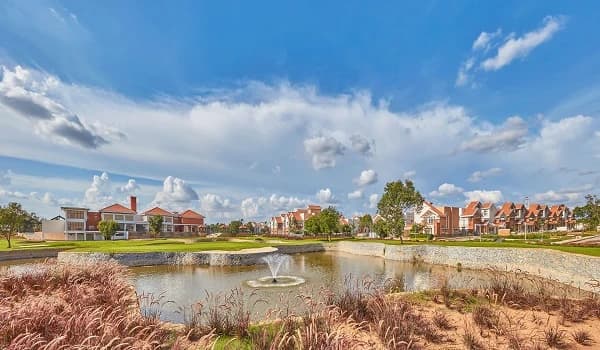 Plot vs Villa investment in Bangalore

Investing in Plots on Sarjapur Road